Tips for Removing Mold and Mildew from Upholstered Furniture 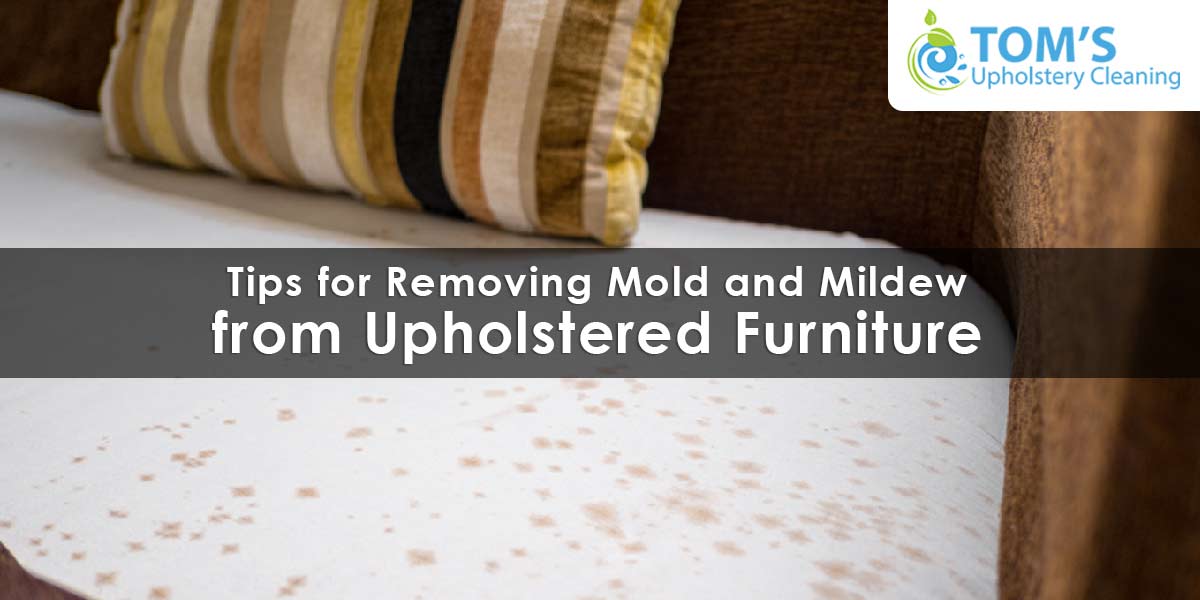 Everyone wants a clean home free from contaminants and microbes. Both mold and mildew are types of fungus that can grow in places where moisture is present. Mould appears slimy, while mildew is powdery. Once both invade your home, they can spread rapidly everywhere, causing damage to the furnishings. It is good to restrain mould and mildew from your home, but if it makes its way, you must take steps to get mould out of the upholstery immediately.

Precautions to Remove Mould from Upholstery

Prior to starting the process of getting mold and mildew out of upholstery, it is important to follow the following precautions.

Physical Removal of Mildew and Mould Out of Upholstery

Use of Hydrogen Peroxide

Hydrogen peroxide (H2O2) is a potent chemical, which is antimicrobial. It can kill bacteria, fungi, viruses, and even mould spores. It can be effectively used to get mould out of upholstery.

Vinegar contains 4–6% acetic acid in water. It has the capability to kill certain types of mould by disrupting the pH balance. To remove mould from upholstery, spray undiluted vinegar over the affected area and let it sit for 1 hour before removing it.

Baking soda, also known as sodium bicarbonate, is an antimicrobial agent, which can be used to get the mould out of upholstery by killing it.

Rubbing alcohol can be used to remove mould from upholstery by killing it. Isopropanol is able to denature the proteins and dissolve the lipids to penetrate the cell membrane of the mold and mildew.

Mould and mildew can be found on every type of surface at home. Be it furniture, clothes, or upholstery. It is important to get mold and mildew out of the upholstery as it may cause complete damage to the fabric couch. If you are unable to get rid of mould from upholstery, or if the infestation is too much, it makes sense to hire a professional offering upholstery cleaning in Melbourne.

How to Remove Tobacco Stains from Upholstery

Tips for Removing Mold and Mildew from Upholstered Furniture

How to Remove Tobacco Stains from Upholstery

How To Get Rid of Pet Urine Stains from The Couch?

5 Surprising Benefits of Having a Clean Home